On the 22nd of September, a joint webinar, on ‘5G Tests and Pilots’, organized by 5G-IA, and India’s equivalent organization, TSDSI. Smart5Grid partners were invited to present the vision of the project and some testing results as part of the Smart Grids panel, which was formed from only few “hot verticals” which were selected as per interest: 5G Smart Grids, 5G Smart City, 5G Broadcast, and 5G Media production.
The presentation from the Smart5Grid consortium, titled “From NRG-5 Trials to Smart5Grid”, and presented by Antonello Corsi (Engineering), Irina Ciornei (Kios, University of Cyprus), and Daniele Porcu (Enel GI&N), started by explaining the lesson learned from NRG-5 project, which focused on PMUs virtualization using VNF and validating the performances of 5G with comparison of 4G and Ethernet (set as benchmark). Then, Smart5Grid has been introduced, highlighting the main evolutions from NRG-5:

As a conclusion of the presentation, the business value of some use cases was briefly summarized, e.g. the saving in Fiber Optic installation for covering wide areas monitoring or the increase of performance in using virtual components (as also demonstrated in NRG-5) and/or the opportunity for standardization, e.g. in aggregating Distributed Power Generation Resources, where there will be less and less need for dedicated devices, by moving the computational power in the Edge/Cloud. 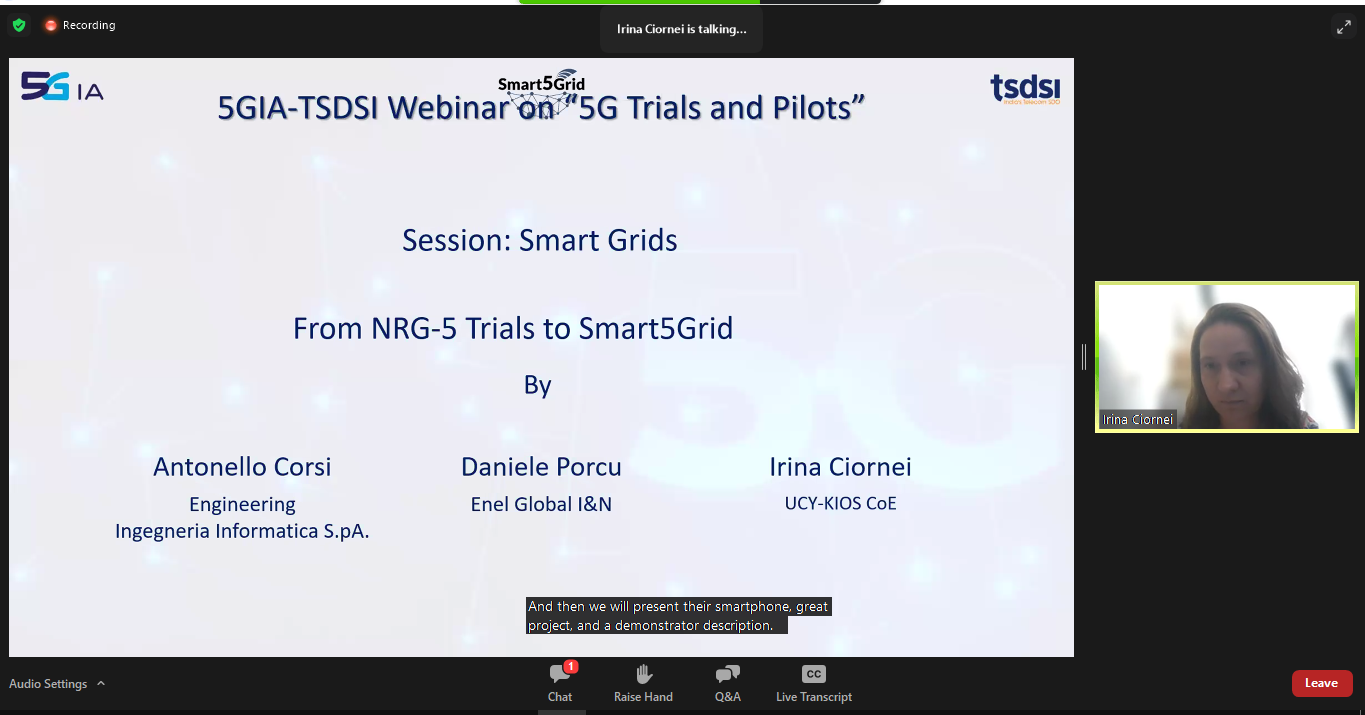 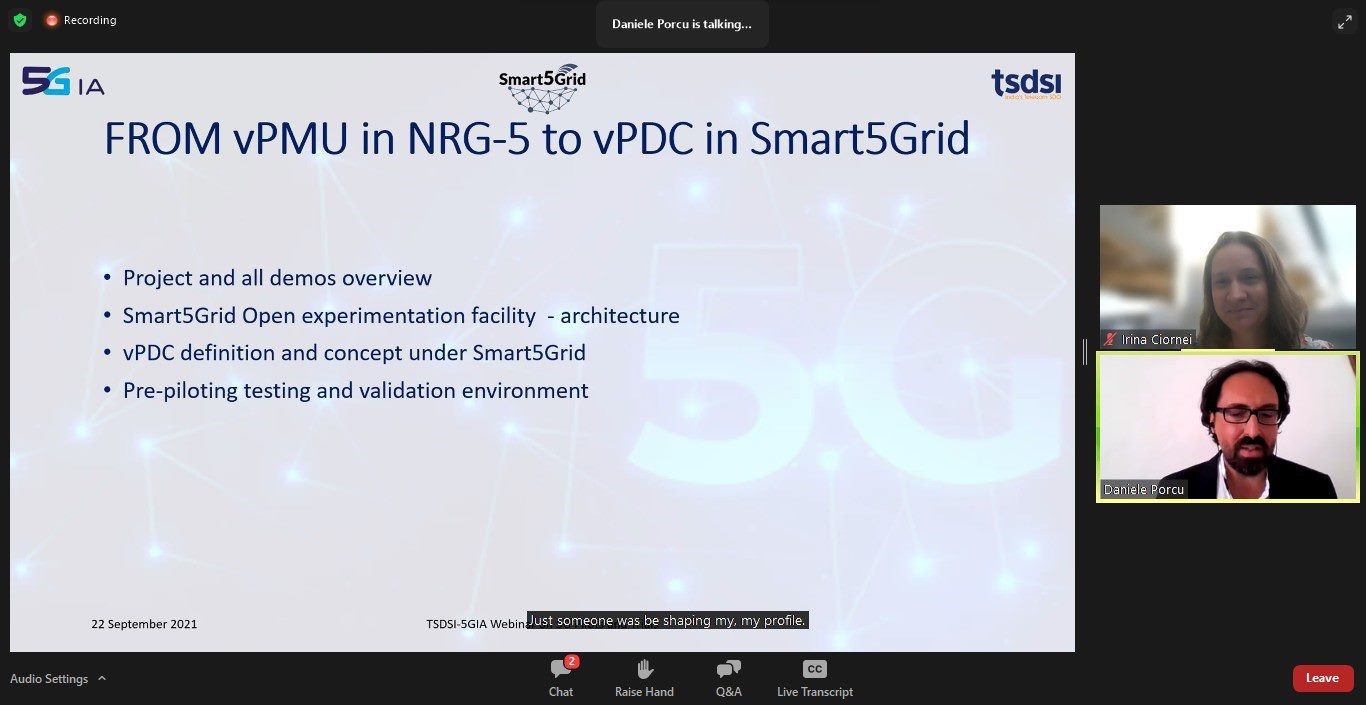 how can we help you?